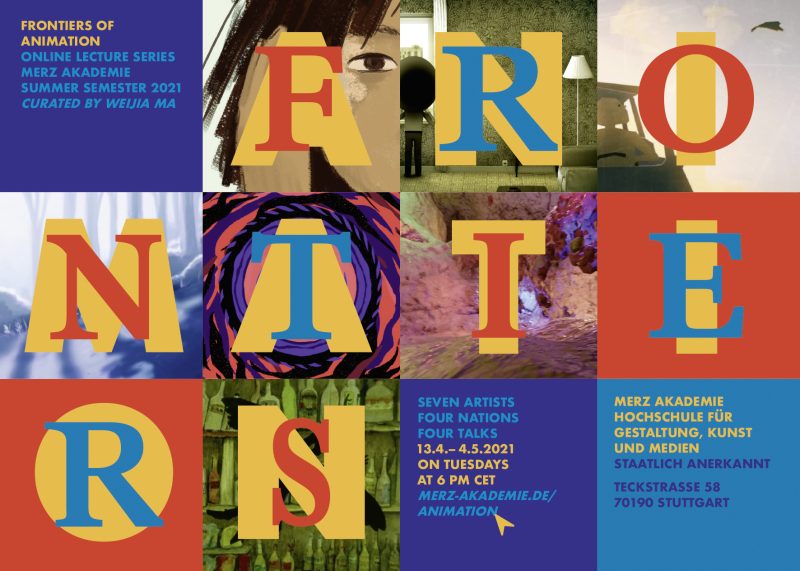 Since animation was invented, it has evolved from being a simple magic trick to a big screen art form. It developed along with the film and television industries, moving beyond children’s entertainment and media advertising to become an ever more recognized and respected part of moving image culture. The world of animation is vast, open and deserving of attention.

Animation artists have never stopped experimenting with new forms in a variety of contexts. In filmmaking, animation brings its own approaches to themes, visual styles, storytelling and production. In the field of design, motion graphics have brought fresh possibilities to bring images to life. In contemporary art, the combination of digital animation and virtual reality creates a whole new field in itself.

In this lecture series, we are honored to invite seven cutting-edge animation artists from the United States, France, China and the Netherlands. With their various works and cultural backgrounds, they will share their creative experiences in the frontiers of animation.